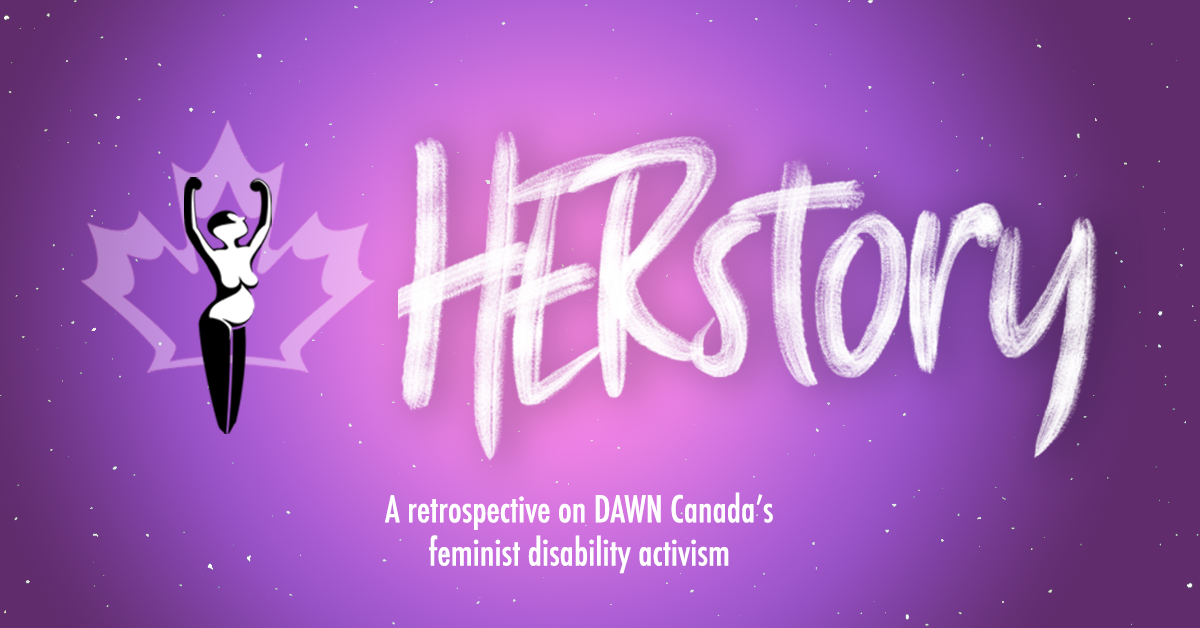 In 1995, DAWN Canada was amicus curiae in the case of A. (L.L.) v. B (A). This means we were asked to assist the court by lending our expertise and insight around sexual violence against women with disabilities.

This case dealt with whether counseling records could be ordered as evidence in sexual assault cases in order to determine the credibility of the witness. At the Supreme Court of Canada, Women’s Legal Education and Action Fund (LEAF) intervened, in coalition with the Aboriginal Women’s Council, the Canadian Association of Sexual Assault Centres, and DAWN Canada, arguing that the use of counseling records in sexual assault cases denies women’s equality rights and security of the person. The Court ruled that private records could not be ordered to determine credibility of the witness. (source)

DAWN Canada was instrumental in adding a disability lens to the arguments used in this case. As well, we approved the factums and worked with LEAF on the oral arguments presented by lawyers.

This case was the beginning of a decades-long relationship with LEAF and the beginning of many precedent setting decisions. Since this time we have continued to lend our expertise in many other cases brought to the Supreme Court of Canada. In so doing, we have continued to further the rights of women with disabilities and Deaf women in the Canadian court systems and beyond. Here are some of the other cases we have participated in:

Most recently - as of July 27, 2020 - LEAF, DAWN, and ARCH Disability Law Centre intervened in R v Slatter to advocate for substantive equality rights for women labelled with intellectual disabilities. This case involves a woman labelled with an intellectual disability who disclosed sexual assault. At trial, defence counsel argued that the complainant’s evidence was unreliable, because her disability made her suggestible (as in, her answers were easily influenced by others). The trial judge did not accept these submissions, and convicted the accused of sexually assaulting the complainant.

The accused appealed to the Court of Appeal and argued, in part, that the judge had failed to adequately explain why he found the complainant reliable.  The majority of the Ontario Court of Appeal overturned the conviction and ordered a new trial, finding that the judge’s reasons were not sufficient. In particular, the majority focused on the expert report from the trial that discussed the complainant’s suggestibility, in relation to that of the general population, and held that the trial judge failed to adequately address the issue of the complainant’s reliability and suggestibility in his reasons.

Bonnie Brayton, National Executive Direction of DAWN Canada, had this today about the case:

“It is high time we acknowlege that systemic discrimination (sexism, racism, ableism) is still embedded in ALL our institutions.  We are witnessing a massive erosion of substantive equality rights for people with disabilities in the context of this pandemic - provincial and territorial governments, public health officials, healthcare professionals and their proposed triaging of resources, in addition to a Federal Government and an Attorney General that support increased access to MAID on the basis of disability in this country. This intervention to the Supreme Court is important to protect and honour a focus on the actual capacities of a woman, not an expert’s idea of it. Over and over again we have seen what happens when the courts side with the ‘experts’ and not the rights-holder.”

More information about this case is available on LEAF’s website.

HERstory: A retrospective on DAWN Canada’s feminist disability activism
In 1985, seventeen women from across Canada met to discuss disability rights issues from women's perspectives. From that meeting, DAWN Canada was founded. In the 35 years that followed, DAWN Canada engaged in activist work that later became the foundation for our four-pillar approach: research, education, policy, and advocacy. To mark our 35th year in service and in hope, we will be highlighting six moments in DAWN Canada’s history including publications from our archives, landmark Supreme Court cases in which we participated, and other pieces of our story. We will also be interviewing six women connected to DAWN Canada's history and sharing their stories and reflections. Click here to read the other stories from the HERstory series.