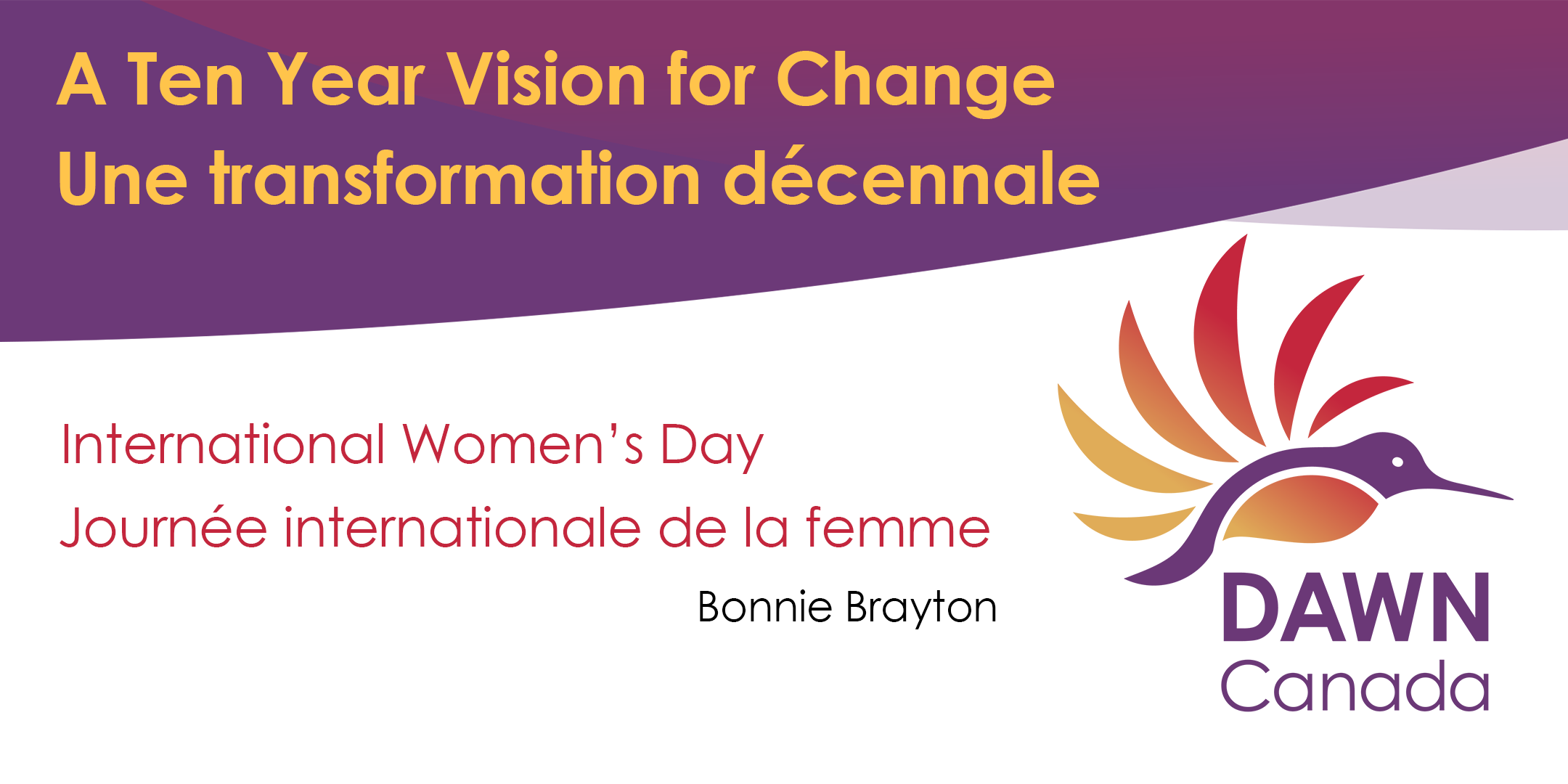 Mapping our Future – a Ten Year Vision for Change

A livelihoods framework is an inclusive feminist framework

The Live Work Well Research Centre understand livelihoods to reflect a means of not only securing the necessities of life, but also of the complex ways that individuals, families and communities thrive. The UNDP uses a working definition to understand livelihoods as the capabilities, assets, income and activities required for people to fulfill their lives. They encompass more than paid work. Livelihoods can include paid work, unpaid work, agricultural sustenance, volunteering, caregiving, activism, art, begging, trading, and a combination of these things, among others. The hidden complexity of livelihoods is discovered when the means of fulfilling one’s life are challenged, threatened, or destroyed.

Following on the International Women’s Day Panel event, that I participated in on March 8, 2021 and the dialogue we shared on Canada’s Feminist Recovery & Response with an esteemed panel of women all of whom are leaders and deeply committed to systemic change.

For all of us there is a particular kind of urgency in the shadow of COVID-19 and because we know what we know.

Accessing our offices is a deliberate choice these days, because of COVID 19 and restrictions here in Quebec, but I chose to sit in the Classroom for the Youth the Future Program for Young Women for the panel, which we proudly share with our partners at CCRW (Canadian Council for Rehabilitation & Work), because we were speaking about what Canada’s Feminist Response & Recovery should look like for women and girls with disabilities in Canada.

CCRW’s CEO, Maureen Haan, and her organization are partners with DAWN Canada in our Ten Year Vision for Change Initiative – developed in 2020 and launching in the fall of 2021, it sets out with key milestones in addressing systemic barriers that until now have left nearly one quarter of all women in Canada virtually invisible in social and economic policy, funding and development.

In ten years, where will the young women who are being supported through Youth the Future find themselves?  What does that look like?  Will it only be that if she/they has a full time job, she/they are ‘successful’?  How do we ensure she/they are thriving?

Women continue to be disabled through violence

Canada can look to its own recent commitment to the National Action Plan for Gender Based Violence, for inspiration, because it has the Federal, Provincial and Territorial Governments working with civil society, including centering women serving organizations and other key partners over the next ten years to address Gender Based Violence at a systemic level.

Research is now underway that reveals critical gaps in prevention and supports that until recently were not understood. Ensuring that the research is driven by intersectional and participatory values, that recognize and build on capacity and expertise from the root is fundamental to the National Action Plan’s full implementation.

The often-hidden symptoms of traumatic and acquired brain injury that occur in more than half of women entering shelters and transition houses (if you happen to live near one and have access to it) is only beginning to be understood.  Connections between the higher rates of dementia and Alzheimer’s in women and gender-based violence are being made and carry enormous and intersectional policy implications for Federal, Provincial and Territorial governments.  Women with learning or communication disabilities and women on the spectrum and women with intellectual disabilities have been largely misdiagnosed as ‘mad’ and medicalized and institutionalized.  The over-representation of women with disabilities who have been victimized, now living in poverty and/or homeless, often leading to their being criminalized and over-represented in prisons is a manifestation of the very worst in social and economic policy outcomes.

How we value care in this society is the first order of business in this response!

We’ve learned so much more about all the unpaid work that women are always doing and doing more of through the lens of this pandemic.  And about the many women who are both the care giving heroes and victims of this pandemic on the front lines.  And of the high numbers of older women, living (and dying) in long term care.  And the high numbers of women providing unpaid caregiving at home – because for any who do not know – the majority of unpaid caregiving is being provided by a women living with a disability.  Older Black and racialized immigrant women and the work they are doing and contributing to the economy continues to be unrecognized and largely underground and leaves these women poor and still working, often with disabilities as they age, with no income security and in deep poverty as Seniors.

Whether we are talking about basic income or employment or gender-based violence, or caregiving, or housing, these intersecting pieces of women’s identities reflect a feminist recovery that uses a new framework that reflects a bold and progressive shift in how we get there, with key and achievable milestones.

Who needs to be centred in Canada’s Feminist Response & Recovery?

In June 2020 DAWN began our 35th year in service – we began it as a Year of Reflection and not of celebration because the facts are in.   By Statistics Canada’s numbers in 2018, women with disabilities were at 24% of the population of women in Canada, the majority of human rights complaints (Federal/Provincial and Territorial) were disability related (on a long, long and ongoing trend) so we understand that systemic ableism was already here before COVID19 made it impossible to look away.  Consider that the rate of disability for Indigenous and Black women is above 30% and the systemic colonial and anti-Black racism that these women live, and you have all the evidence you need to understand who needs to be centered in Canada’s Feminist Response & Recovery.

The Fall Economic Update committed $50 million over two years which targets women with disabilities, Black and Indigenous women, LGBQTS2 folks and rural women.   The timing could not be better and provides funding to fully develop a feminist response that honours, recognizes and rewards, caregiving and receiving as a fundamental contribution to the economy in a way that COVID19 has highlighted so powerfully.  That honours, recognizes and rewards the choices that women make through the communities where they live and throughout their lives.

The Government of Canada has an aspirational vision of our country

The Accessible Canada Act’s implementation and monitoring mechanisms are underway, with a preamble that recognizes the risk of intersectional discrimination.  The Federal Government is poised to hire five thousand people with disabilities and has increased its’ commitment to implementing DIAP and GBA+ as key policy levers.

This aspirational vision and matching legislative agenda requires a matching commitment to fundamental change in both social and economic development and policy or it risks becoming the next ‘promise and not deliver’ to those who have been left behind since before our inception 35 years ago.

So, we need more than a long view, we need a new one – with a fulsome commitment to all our human rights treaties and to a feminist Livelihoods Framework for our economy that rejects a return to ‘normal’ - to an economy in which the women’s wage gap continues to be an abyss, our planet is in deep decline and that has until now, left women and girls with disabilities behind.

No indeed – let’s build a Vision for Change kind of Feminist Response and Recovery and a new caring economy that works for all of us!