Nelly Bassily, our Director of the Youth Initiatives and International Relationships and project lead of the Girls Without Barriers Research Report took some time to write this piece about the report, published in May 2020. 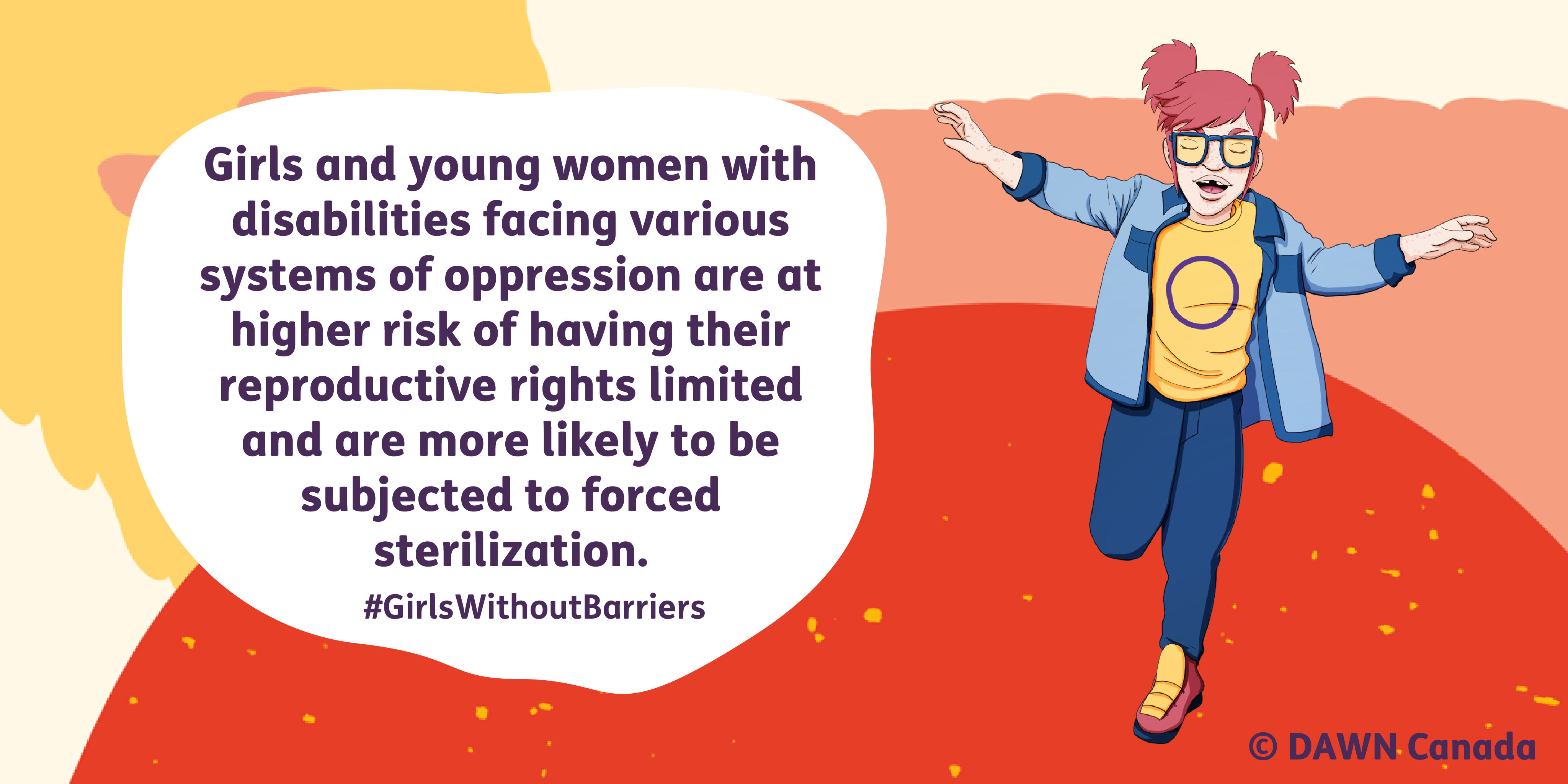 This report is an exploratory research project. It is a first step towards the development and support of qualitative studies carried out by and for girls and young women with disabilities in Canada. 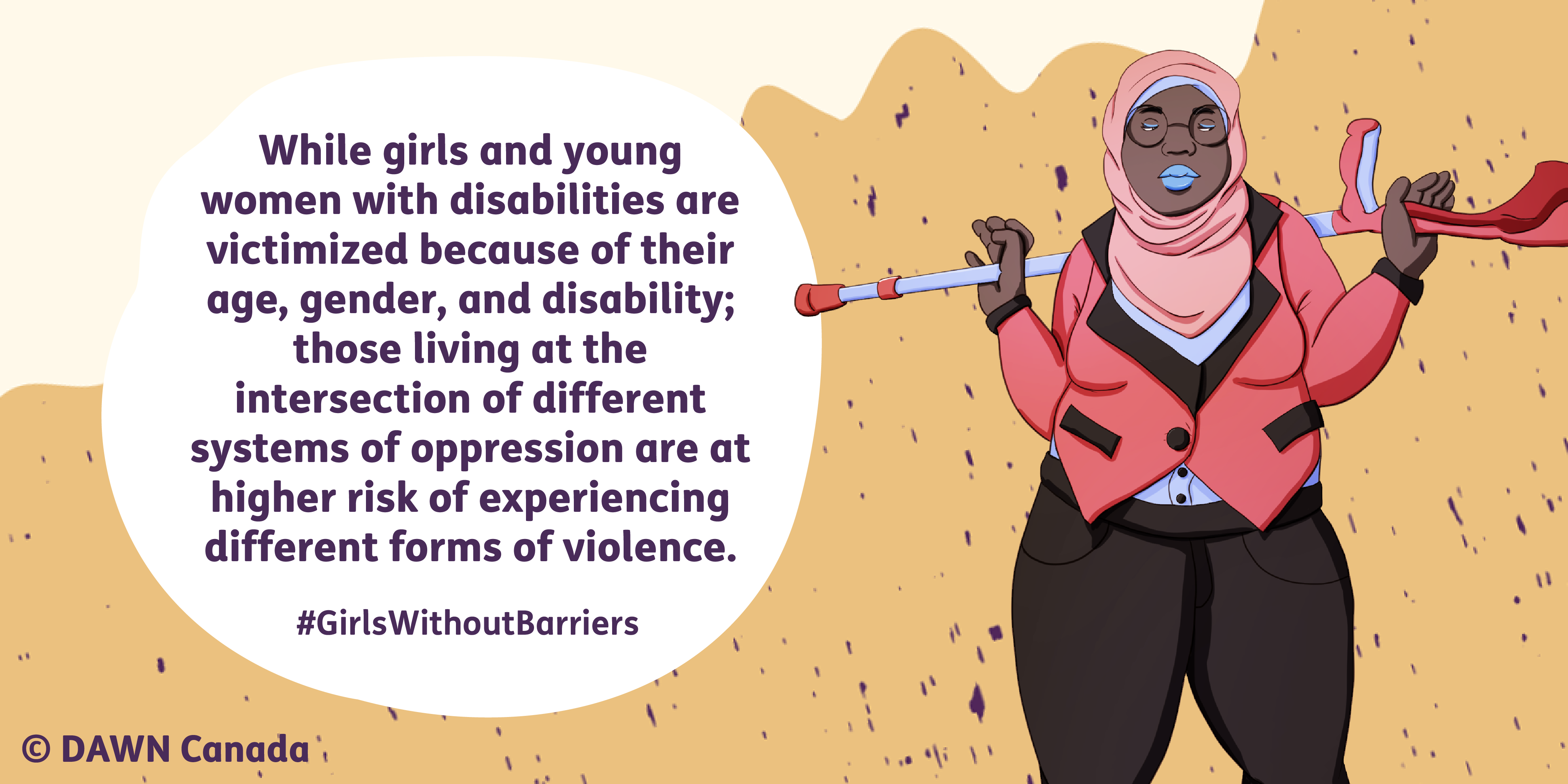 While we have taken care to cite data reflecting the multiplicity of experiences lived by girls and young women with disabilities, this report does not purport to encompass all of their experiences.

We were also honored that the artist Kay Nau accepted our invitation to illustrate our report. Their illustrations demonstrate an extremely meticulous work in terms of representation, that put in images girls and young women with disabilities in all their complexities, their strengths and their resilience.

Regarding the research report, here are some important highlights: 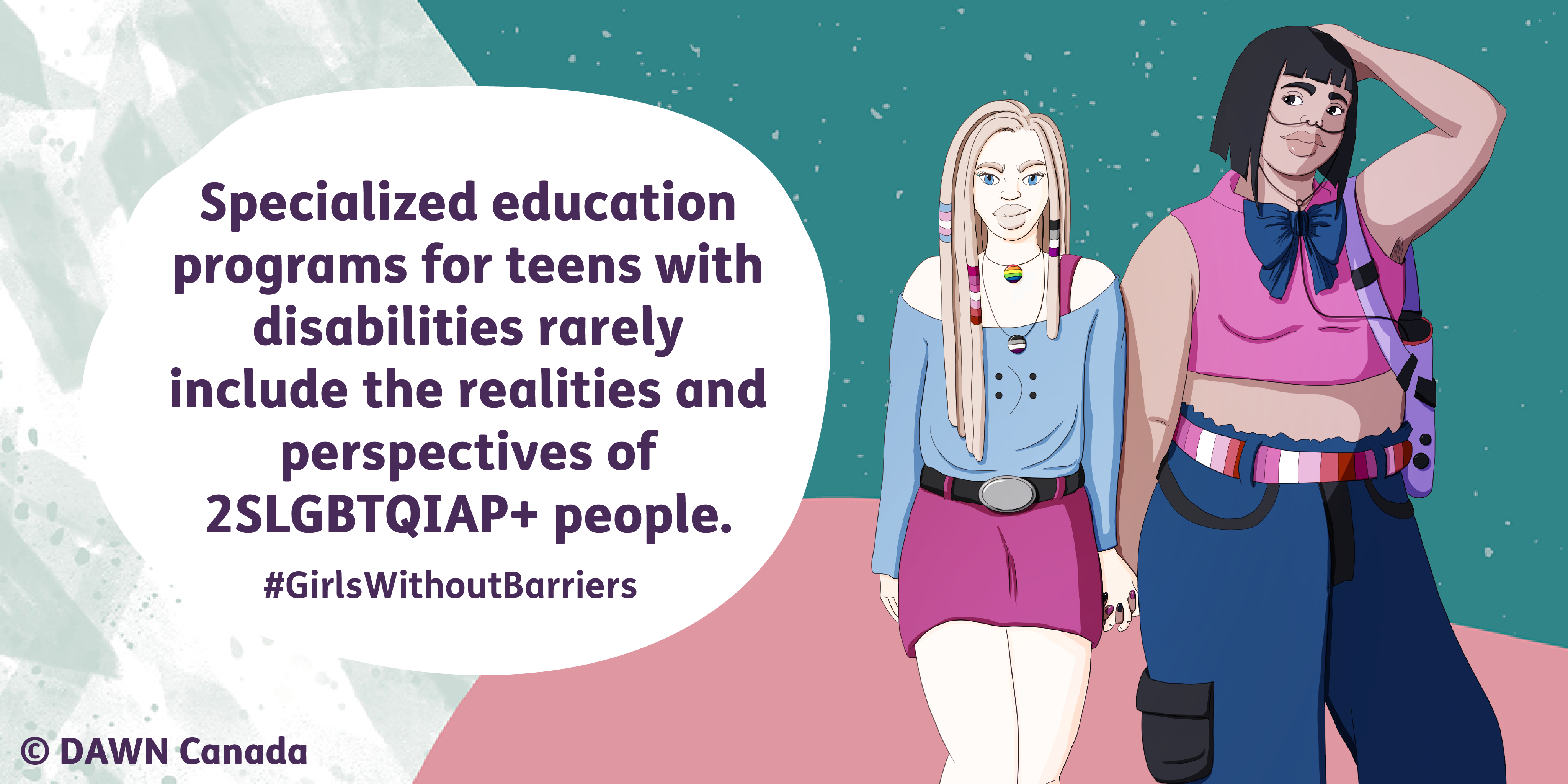 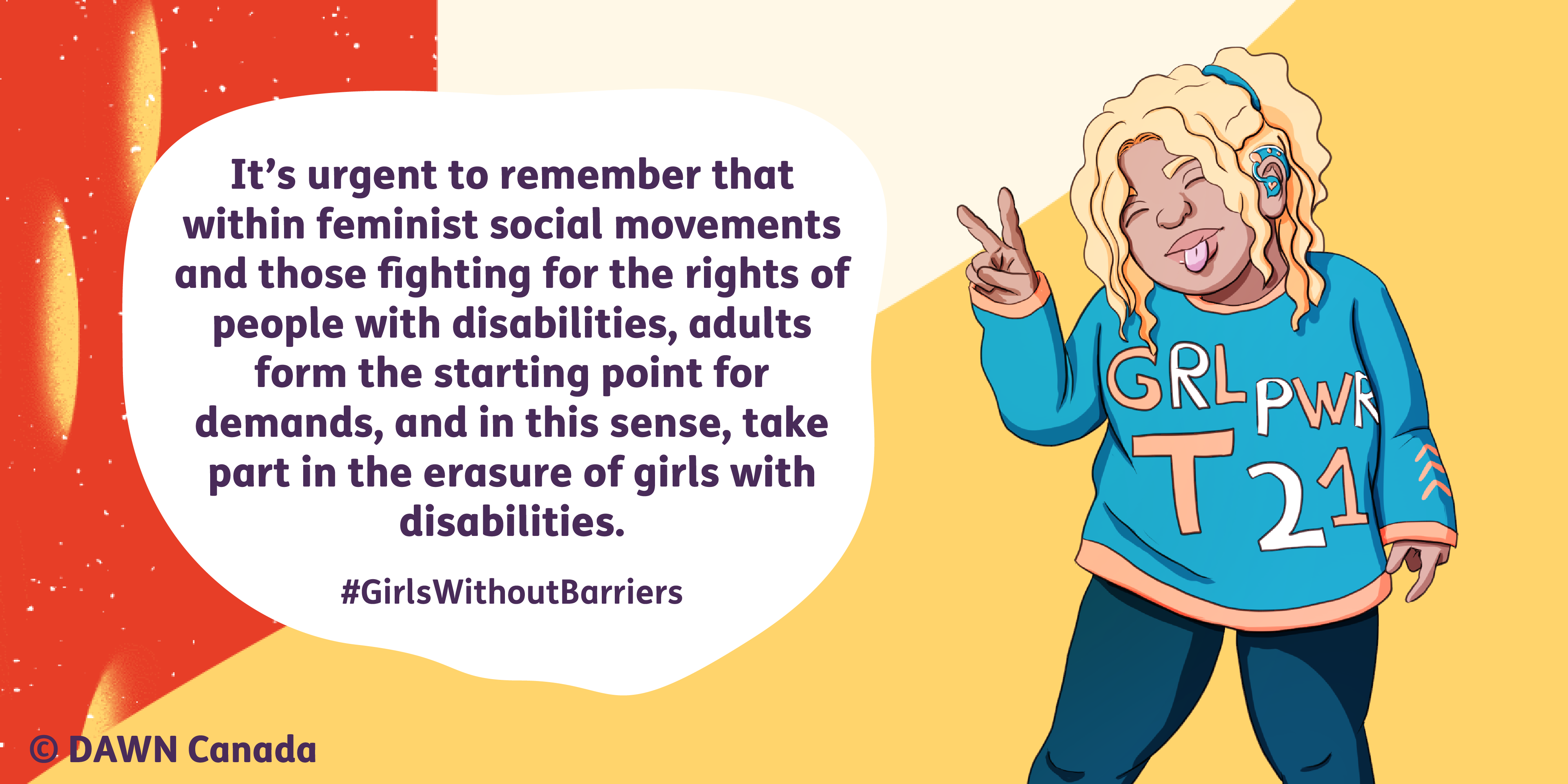 The Girls Without Barriers project has been funded for another four years until 2024 and in that period, we plan to do qualitative research that directly allows us to hear the direct experiences of girls with disabilities and Deaf girls.