‘’Keep running; keep dreaming, keep alive the flame of hope; defeat and despair will not catch up with you”  ― Bangambiki Habyarimana, Pearls Of Eternity 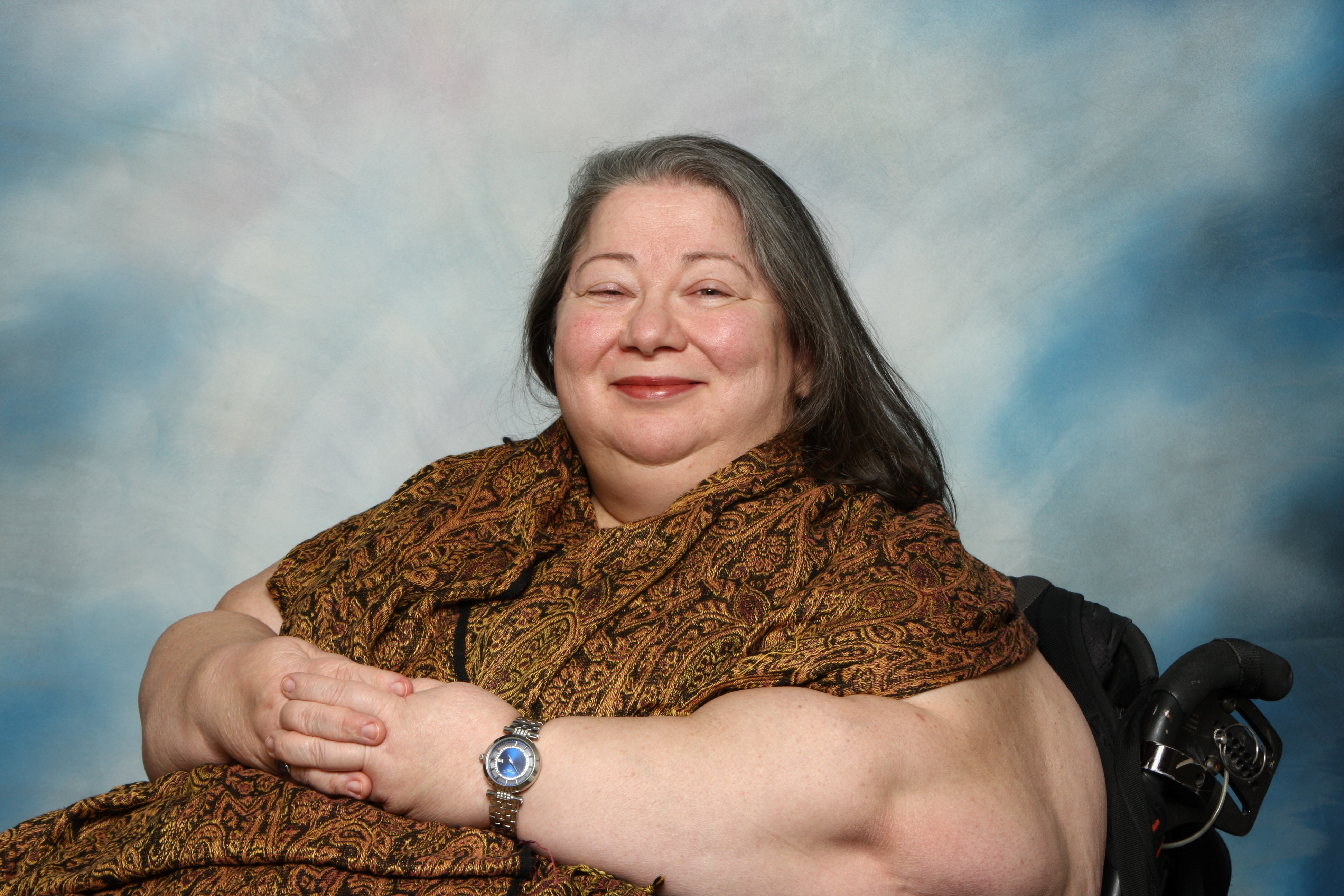 Carmela Hutchison a feminist disability leader, one of Canada’s most outspoken mental health activists and advocates and my dear friend, has left us far too soon. Carmela passed away early on the morning of Monday, August 19th, 2019 after a short illness and hospitalization.  In lieu of flower donations can be made to the Alberta Network for Mental Health.

How to honour a woman who gave every waking moment to others, to her beloved Bob, her housemates, to Andy and the Alberta Network for Mental Health, and her many, many neighbours and friends, to the many people she supported individually, to the lives she saved through her fierce advocacy and to the lost lives she honoured through her fierce advocacy,  and her ongoing work in the face of Medical Assistance in Dying, going as far as appearing before a committee when she was in critical condition herself.  Carmela used her personal, physical, financial, mental and spiritual resources ALWAYS to sustain others, in service of others.

As many know Carmela’s own life from early on was filled with pain and she lived with many chronic health conditions and disabilities.  Lived is the key word for Carmela – the Queen of fair, firm and friendly (her sage advice to all) and that is how she lived.   I had a fitful sleep the night Carmela left us but I have felt her presence, her grace and love around me since then, as was so often the case in the earliest days of our collaboration.

Over more than twenty years Carmela served as a leader and mentor in many national organizations including our own, as our longest-running President from 2006 until 2018 and was responsible for establishing our National Head Office in Montreal and hiring me, in May 2007.

Her intelligence, her incredible memory and determination to meticulously put together information lead to the creation of our first shadow reports and briefs and yes her governance and bylaws ‘bricks’ long before the importance of her methods were clear to the rest of us.

Our team has put together an imperfect but loving compilation of those years, a document that will undoubtedly be updated as more is known – Carmela was doing much more than any could fathom as most of us only saw the parts of her world that we shared with her – Bob, Angus, Daryl and Andy, her beloved Boys to Men J know better and know to what degree she sacrificed herself and her personal needs for others.

Carmela made me believe anything was possible and that no matter how bad it got we just had to keep doing the right thing and things would get better … and they did.   We are still far from where we need to be for women and girls with disabilities in Canada, but we are closer.

We know that Carmela’s many friends in Alberta, Manitoba and Saskatchewan and across Canada, along with family and the dozens of other organizations Carmela served will also find ways to honour and remember her.    In June 2020 we will be celebrating 35 years in service as an organization and we will announce a more lasting tribute to Carmela at that time.

Keep running, keep dreaming … Carmela is counting on us and she calls on all of us to recommit ourselves to the service of others.  And so I will close with her words.

In service and in hope,