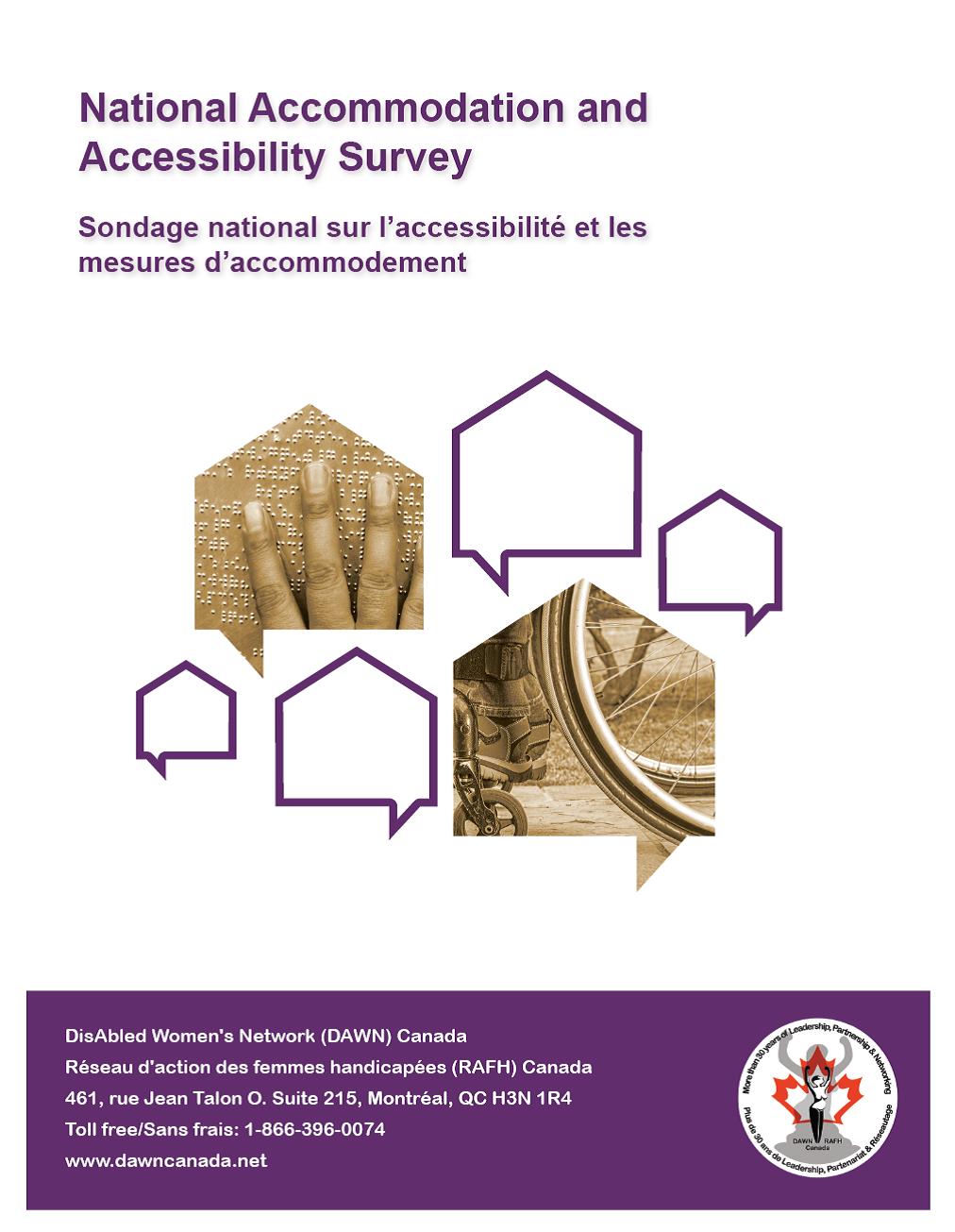 In 2008, DAWN Canada conducted the first phase of the National Accessibility and Accommodation Survey (NAAS). 10% of shelters responded to this survey.

In 1990, DAWN Canada surveyed shelters and found that many were lacking in terms of physical access and that acceptance of women with mental disabilities was even worse. Many shelter workers did not want to accept these women in their facility because they were perceived as making "too much trouble" for them. The NAAS was designed to re-address the issues that arose in the 1990 study and to discover if gains have been made in accommodating women with disabilities.

The NAAS survey is part of a larger project, “Bridging the Gaps” which will continue to explore violence against women and issues around shelter access, outreach programs, housing, poverty, and transportation.