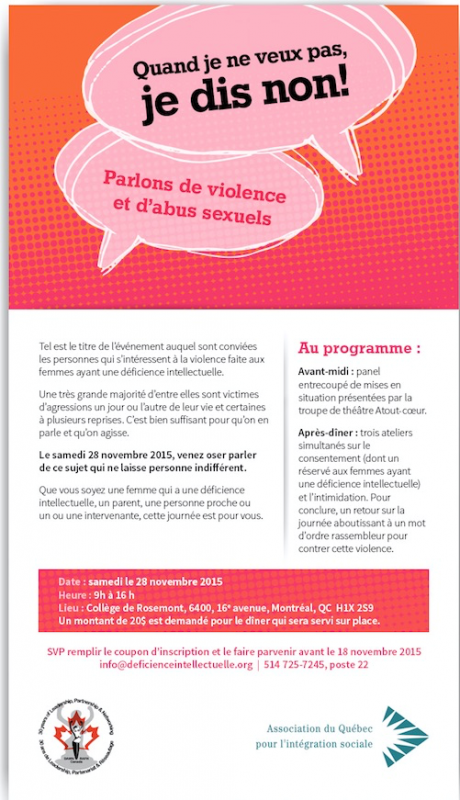 My name is Genevieve, Sarah, Annabelle. 

I am a young woman with an intellectual disability.

And I was a victim of sexual abuse. Three times. 

There are many of us who have lived with violence.  We have to talk about it, so that the violence stops.

When I talk about it, I feel stronger.

On November 28th, 2015, as part of the 12 Days of Action on Ending Violence Against Women, DAWN-RAFH Canada and AQIS will host Quand je ne veux pas, je dis non!, an event that brings together women with disabilities and their supporters to reflect and act against this on-going violence and the taboo surrounding it. Together we will strategize on how to stop it and learn to say NO!