Study on violence related to Deaf and disAbled women on campus 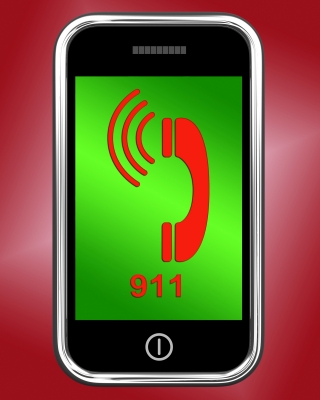 May 26, 2016 (Montreal) The DisAbled Womens Network (DAWN) Canada and the National Educational Association of Disabled Students (NEADS) are conducting collaborative research to determine the prevalence of violence against women with disabilities and Deaf women on college and university campuses in Canada.

Recent media reports have exposed high rates of sexual assault of women students on campuses across the country.

These reports are supported by numerous studies. A 2006 Statistics Canada survey found that four out of five female undergraduates on Canadian campuses reported being victims of violence in a dating relationship.

Despite this, a 2014 review of sexual assault policies on campus by the Metropolitan Action Committee on Violence Against Women and Children (METRAC) found that most institutions reviewed do not have a sexual assault-specific policy. The review also noted that groups who are marginalized face a higher risk of sexual and gender-based violence, including Aboriginal women, women with disabilities and transgender individuals.

In society at large, a number of studies have shown that women with disabilities are twice as likely to experience violence by an intimate partner and three times as likely to be forced into sexual activity compared to the general population of women. However, to date no Canadian research has been undertaken to determine the prevalence of violence experienced by female students on post-secondary campuses who are disabled or Deaf. Nor has there been an examination of the level of support for victims in our countrys universities and colleges who are women with disabilities or Deaf women.

It is fitting that we are launching this study in May, which is Sexual Assault Awareness Month, and during Victims of Crime Week (May 29 to June 3), said Bonnie Brayton, National Executive Director of DAWN Canada, because we know that women with disabilities also experience unique forms of violence due to their disability.

Data will be collected through an online survey from female students in higher education across Canada who identify as having a disability or being Deaf. Data will also be collected from campus-based service providers who provide support to students with disabilities who report sexual assault. The research will be led by Jewelles Smith, PhD student at the University of British Columbia. Jewelles is currently leading a project on violence against women with disabilities and Deaf women in B.C. for DAWN Canada and is a member of the Board of Directors and Executive of NEADS.

This study is groundbreaking because it will help us to begin to understand the experiences of women students who are Deaf or have a disability, and it will also help us determine if their needs are being met when they seek support from campus programs, said Frank Smith, NEADS National Coordinator.

Established in 1985, DAWN Canada works to create change at a systemic level in order to directly improve the quality of life for women with disabilities and Deaf women in Canada.

Since 1986, NEADS has supported full access to education and employment for post-secondary students and graduates with disabilities across Canada.