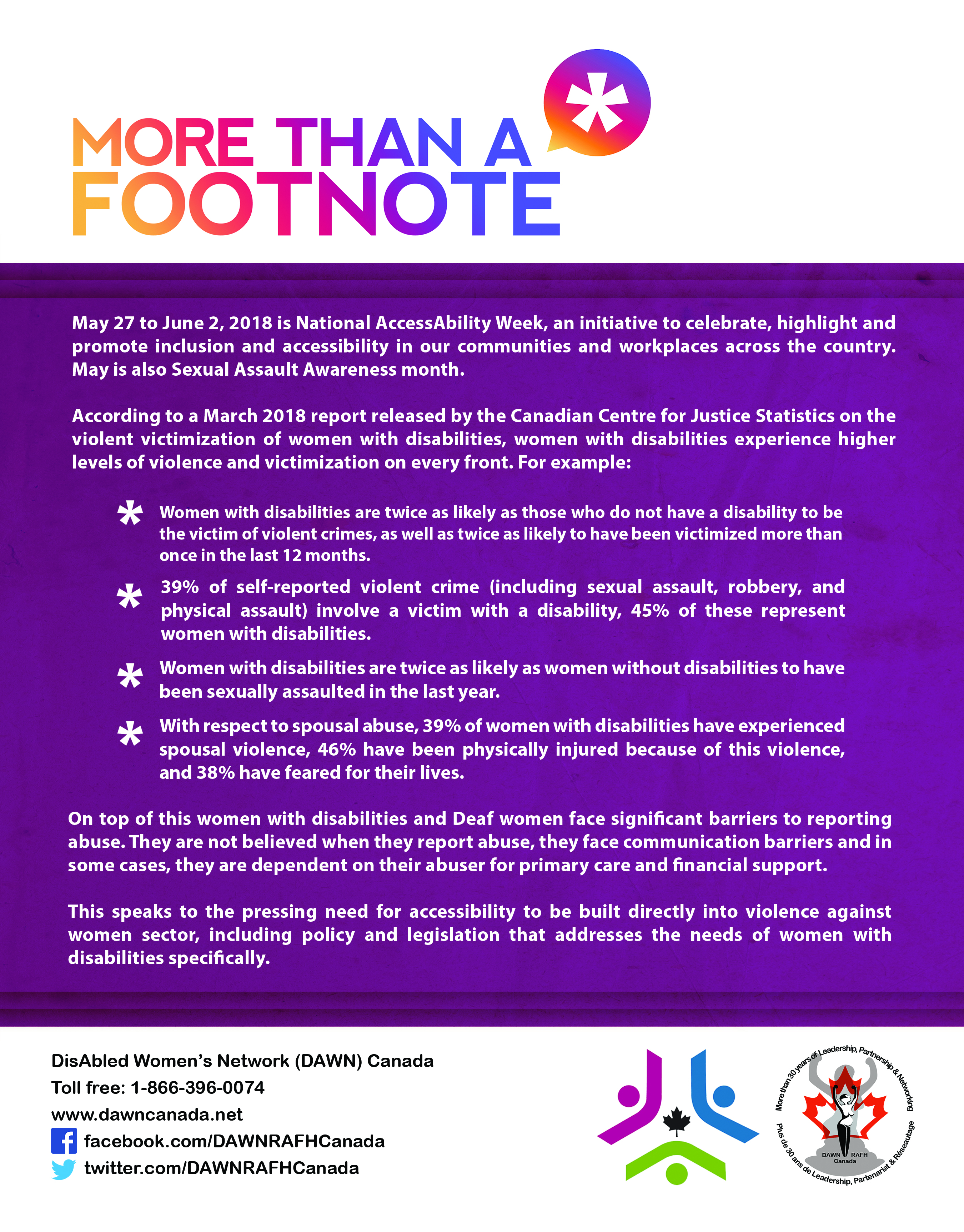 May 27 to June 2, 2018 is National AccessAbility Week, an initiative to celebrate, highlight and promote inclusion and accessibility in our communities and workplaces across the country. May is also Sexual Assault Awareness month.

On top of this women with disabilities and Deaf women face significant barriers to reporting abuse. They are not believed when they report abuse, they face communication barriers and in some cases, they are dependent on their abuser for primary care and financial support.

This speaks to the pressing need for accessibility to be built directly into violence against women sector, including policy and legislation that addresses the needs of women with disabilities specifically.