Intersections of disability, community and finding self sufficiency

Intersections of disability, community and finding self sufficiency
by Michelle Beauséjour 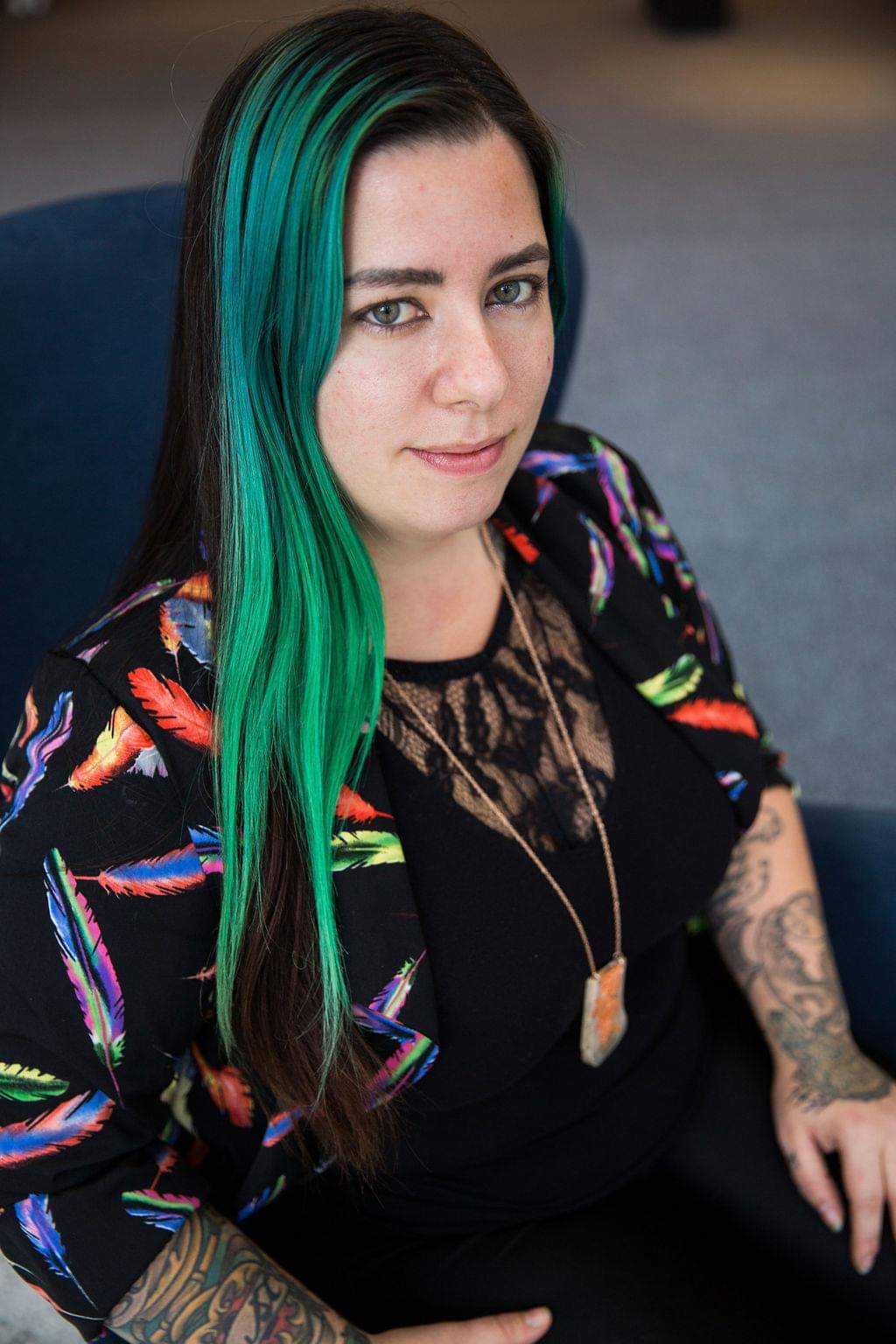 My experiences with chronic pain started in my mid teens. Due to an over active childhood I developed symptoms of carpal tunnel which took a debilitating turn in my mid 20s. During those years I had been working a “9 to 5” job, building my career as an artist/jewelry maker under the name The Birch Trail and co-founded the maker movement Collectif Creatif Montreal, which included organizing 4 large scale markets a year. I had overworked myself and hands to the point where I was not able to even carry a bag of groceries. I had quickly forced myself into burnout and as a result, developed debilitating TMJ & neck issues.

I was really living within the constructs of the colonial capitalist idea of the hustle in order to be successful, neglecting the signs my body was giving me. It’s easy to lose that connection to yourself living in the high paced bustle of a metropolis. I realized how unrealistic these expectations of hyper productivity are and that really the definition of my success is individual and not to be determined in colonial eurocentric ideas. I wasn’t looking to reach the “top” with a six figure salary, I wanted to build community and provide opportunities for creatives to also build their own definitions of success. That realization was really a callback to who I am as a Michif person, it brought me back to thinking about our original world views and how these colonial constructs are not where I belong. A reminder that these concepts of the hustle and success were brought to us and not from us. “Hustle and success” ignore the teachings of only taking what you need and thinking about how your actions affect the next generations to come.

Ultimately I could no longer ignore the messages my body was sending me. I had to drop my 9 to 5 job and take the dive into full time entrepreneurship so that I could work around my pain flare ups and still keep a roof over my head. I was one of the lucky ones as I already had been building those foundations for myself, I had already been running those two creative businesses for 4 years before dropping my 9 to 5. Becoming a full time entrepreneur helped give my body the rest it needed and allowed me to work my schedule around things like flare ups and the numerous appointments. It also gave me space to decompress and mentally prepare for my experiences in the Quebec health care system.

Where the intersections of my Indigeneity and disability have been made most apparent is in my quest for being heard and believed by health care professionals. Being a womxn identifying person already makes it hard to be heard and taken seriously - with Indigeneity into the mix has only added another layer to it. I am white-coded, which has provided me more privilege than my other kin, but as soon as healthcare providers know I’m Native I get a taste of anti-Indigenous racism in healthcare. Oftentimes conversations of identity come up due to my French name but yet English being my maternal tongue - Even when these should not be of importance I’ve been pressured many times to provide an explanation by medical professionals. I was in recent years interrogated by ambulance paramedics for this reason while experiencing uncontrollable body tremors due to nerve pain flare up. I noticed how treatment towards me changed when it was revealed, how I was painted as looking for drugs and received no help despite having visible symptoms. Constantly having to advocate for myself is an uphill battle in this system, however I have found solace in traditional medicines, ceremony, and connecting with other Indigenous people who’ve experienced similar hardships. Our stories are many and not often heard.

However through my work organizing markets I’ve connected with so many other Indigenous and non-Indigenous creatives in the same situations as myself, people who have been forced to take time off or quit their jobs. Who found their passions in what originally started out as a hobby and turned into a means to live off of while providing the freedom of working around their conditions. I really feel like that close knit community has been built and it brings me so much joy knowing that I can provide these opportunities and give others like myself some means of self sufficiency and determination. My hopes for the future is that there will be more spaces dedicated to an Indigenous approach to healing where both science and traditional medicines can meet without prejudice

Michelle Beausejour is a Michif artist and community organizer from Tkaronto and currently living in unceded Tio'tia:ke.