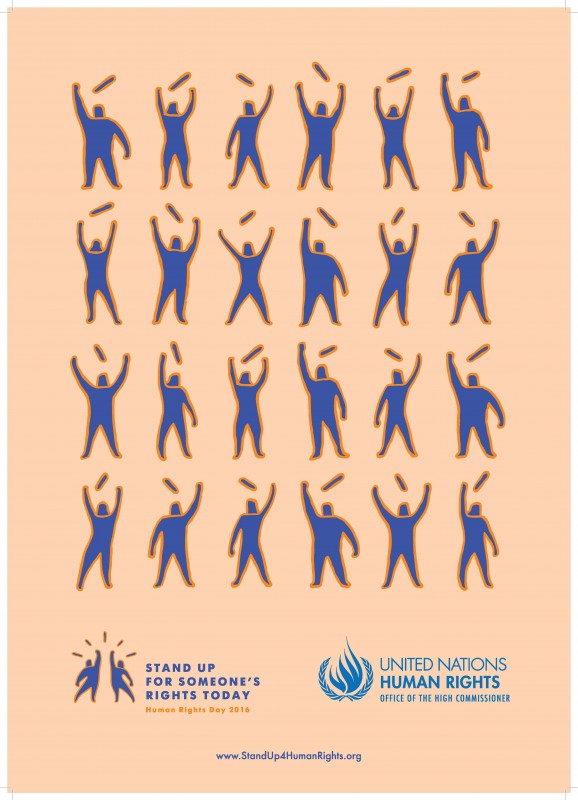 Canadas record on human rights, particularly reports and findings that have been released this past year all have one common thread: each of them points to the fact that women and girls with disabilities, including Indigenous women and girls have been completely forgotten by the State.  This includes the Recommendations of the United Nations Committee for the Covenant on Economic and Social Rights (CESR), the Convention on the Elimination of Discrimination against Women (CEDAW) and Canadas pending appearance in March 2017 in Geneva before the United Nations Committee for the Convention on the Rights of People with Disabilities (CRPD).

Today is International Human Rights Day and sadly women with disabilities have very little to celebrate.  In fact we have plenty to support our right to be just plain fed up with being largely ignored in human rights discourse, by governments, by policy makers, and frankly, by the larger human rights and social justice communities.

Both Federal and Provincial/Territorial human rights bodies most recent reports show that the majority of human rights complaints they are treating are disability related.  This points to something big, indeed bigger than the failure of the State.

Let us not fall into the trap of blaming government alone.   Canadians recent pre-occupation with Indigenous rights is ever present in the media, but only since its become a national/international story about collective responsibility and yes, our collective shame.

As I reflect over the meetings I have attended in just the past two years  Federal, bi-lateral, International, National and Provincial/Territorial meetings, I recall for the most part one stand out   no one else raised disability and no one else raised concerns for women and girls with disabilities.  Yes everyone nods approvingly when I raise my hand and throw out my data and when meetings wrap up, they thank me or congratulate me (DAWN Canada) for the important work we are doing.

We are by far the most under-represented of the many Canadians for whom International Human Rights Day is still just a platform for a call to action  weve got more work to do as a country and as a people before we can celebrate.

More recently there have been some hopeful signs   the development of the new Federal Accessibility Legislation and last weeks announcement by Ministers Qualtrough and Dion that Canada will now (finally) pursue an agreement with the Provinces and Territories to sign the Optional Protocol on the CRPD. Lets hope it goes better than the environmental and health accord negotiations. This together with the Trudeau Governments commitments to gender equality give us hope that perhaps by 2017 there will be finally be some meaningful commitment to women and girls with disabilities.

The only real collective action weve noted has been from our closest allies in the social justice sector and notably, the labour movement which has been built on the concept of the collective.  The Shadow Reports that we prepare with our allies tell the world a different version of the story of what is really going on here in Canada.

So read those reports, re-read them closely and pay attention to the common threads that tell you who is most oppressed, most in need of collective support and make damn sure that in 2017 as you do your work, whatever your focus, that you make sure that women and girls with disabilities are front of mind. We are counting on your collective support.  Equity first.