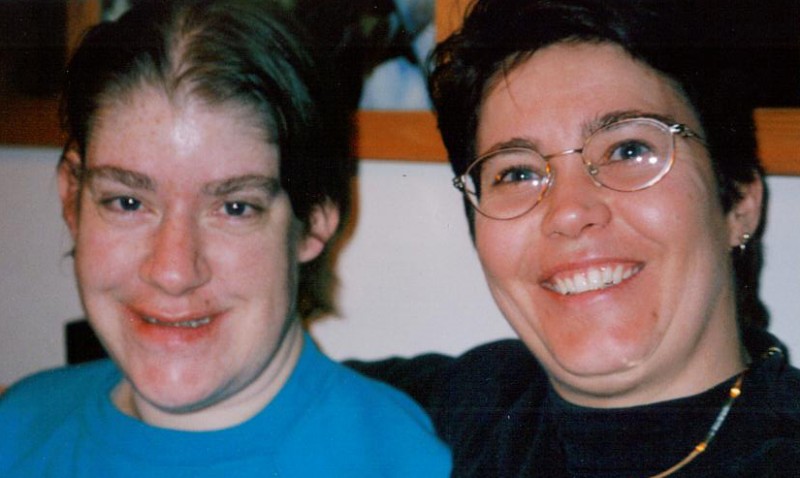 October 31, 2013 (Montreal) The Edmonton Court of Queens Bench today pronounced sentencing in the case of Betty Anne Gagnon, a woman with an intellectual and a visual impairment who died while under the care of her sister and brother-in-law.

Denise Scriven and Michael Scriven were each sentenced to twenty months in prison for failure to provide the necessities of life. The maximum sentence is five years.

In a Statement of Facts submitted by the defendants, they admitted that they beat, caged and starved Ms. Gagnon. Ms. Gagnon was severely underweight at the time of her death, weighing only 65 pounds. An autopsy determined that she died due to a blunt head injury.

In a response, The DisAbled Womens Network Canada / Reseau daction des femmes handicapées (DAWN-RAFH Canada), the Council of Canadians with Disabilities (CCD) and Canadian Association for Community Living (CACL) are urging that Betty Anne Gagnons tragic and completely preventable death not be in vain and are calling for an inquiry into the horrific circumstances surrounding her final months and death, the systemic failures that led to this outcome, and for much stronger accountabilities going forward. The national disability community also remains profoundly concerned that such blatant and intentional harm resulting in death is not, at a minimum, recognized as manslaughter in the criminal justice system.

We do wonder whether reduced charges in the face of such clear facts reflect an all-too-common devaluation of the lives of people with intellectual disabilities, said CACL President Laurie Larson.

Ms. Gagnon lived with and was cared for by three friends for 18 years prior to living with her sister and brother-in-law. She was described as first and foremost a woman who loved life and appreciated every moment despite the many obstacles and challenges she had to overcome.

The national disability community also responded strongly to the fact that the judge did not allow Victim Impact Statements from Ms. Gagnons three caregivers. People with disabilities have families of origin and families of choice, who are people they live with in a family context,  said Carmela Hutchison, President of DAWN-RAFH Canada, and CCD Executive Member. This non-traditional family should have equal opportunity to be heard and acknowledged by the court.

DAWN-RAFH Canada, CCD and CACL urge provincial/territorial and the federal governments act within their jurisdictions, and collectively, to confront the continued violent victimization of people with disabilities in Canada and develop a national strategy of prevention and response. Such a strategy could build on the DAWN-RAFH Canada and CACLs InFocus pan-Canadian initiative currently underway in all provinces and territories to develop effective community-based responses to violence against people with disabilities and Deaf people.

Studies have shown that women with disabilities experience violence at twice the rate of non-disabled women.

There is no excuse for Betty Anne Gagnons death, said Larson. It was completely preventable. It is another example of the trend, all too prevalent in Canadian society, to remain unconscious about the violence against women with disabilities or, at best, to minimize and trivialize its reality. Its a shocking testament to our collective failure as a society. We urge governments and the justice system to make this terrible case a wakeup call.

Established in 1986, DAWN-RAFH Canada is the only national, feminist, cross-disability organization.

For more than 50 years, CACL and its national federation has been assisting people with intellectual disabilities and their families to attain full participation and inclusion in Canadian society.