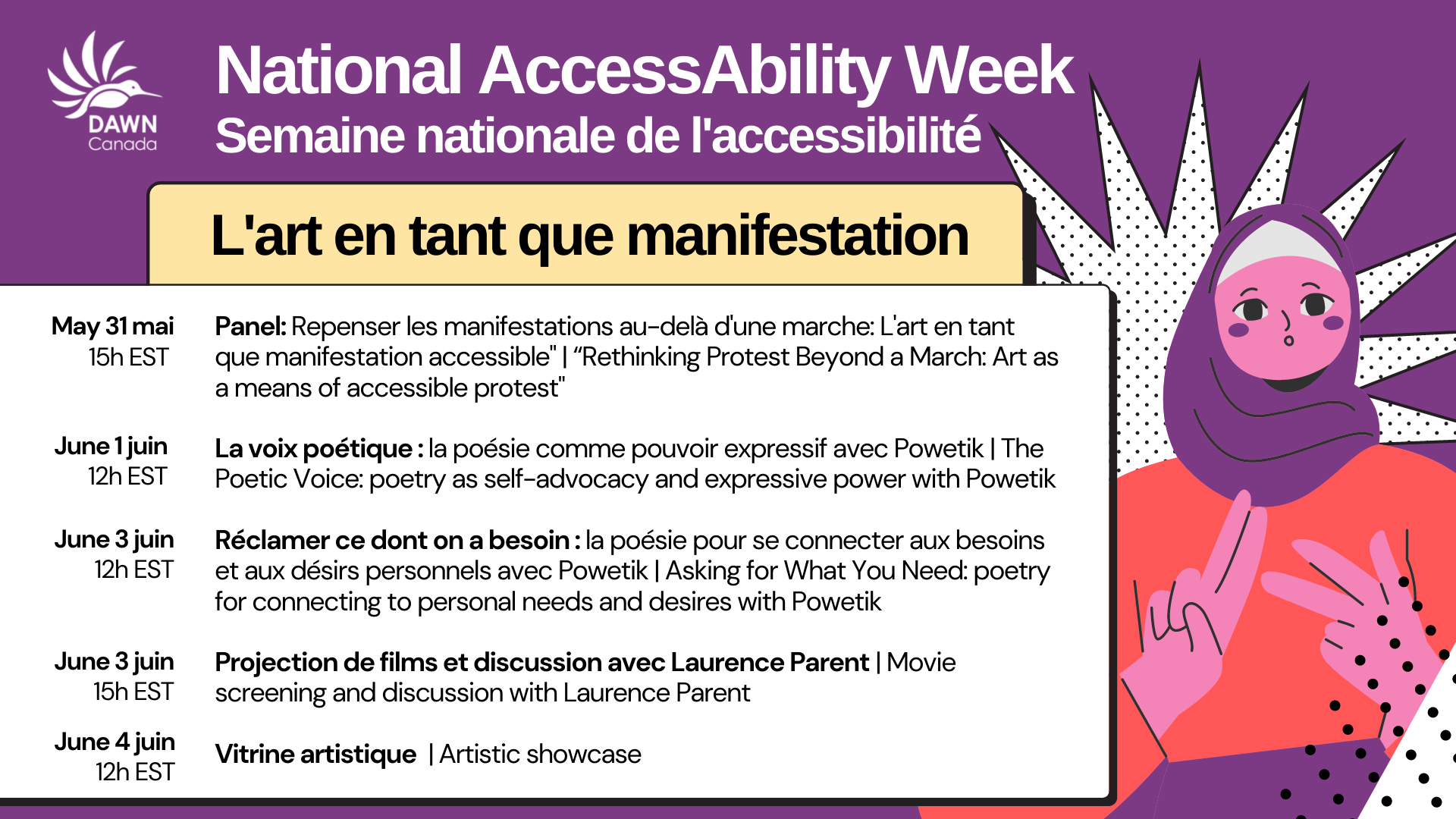 National AccessAbility Week 2021 - Art as protest
The way that we think about protest is fundamentally inaccessible to people with disabilities, but how can justice be attained unless our movements include disabled voices? For this year’s National AccessAbility Week, DAWN Canada will be exploring how art can be a more accessible form of protest beyond the parameters of a march. With a series of five events spanning the week of May 31st to June 4th, DAWN will invite over ten women, trans, and non-binary artists with disabilities to share their work on the theme of art for social justice, including poets El Jones, Eli Tareq Lynch, and Powetik, performance artists Maxime Pomerleau and Ravyn Wngz, filmmaker Laurence Parent and more. The online event series will include a panel discussion, a spoken word workshop series, a movie screening and a performance showcase.

May 31st  3p.m. Eastern Standard Time. Rethinking Protest Beyond a March: Art as a means of accessible protest.

June 3rd 12 p.m. Eastern Standard Time. Asking for What You Need: poetry for connecting to personal needs and desires with Powetik.