The 24%: ACT ON THE FACTS  Learn something new in this Federal Election and why for millions of women your vote matters! 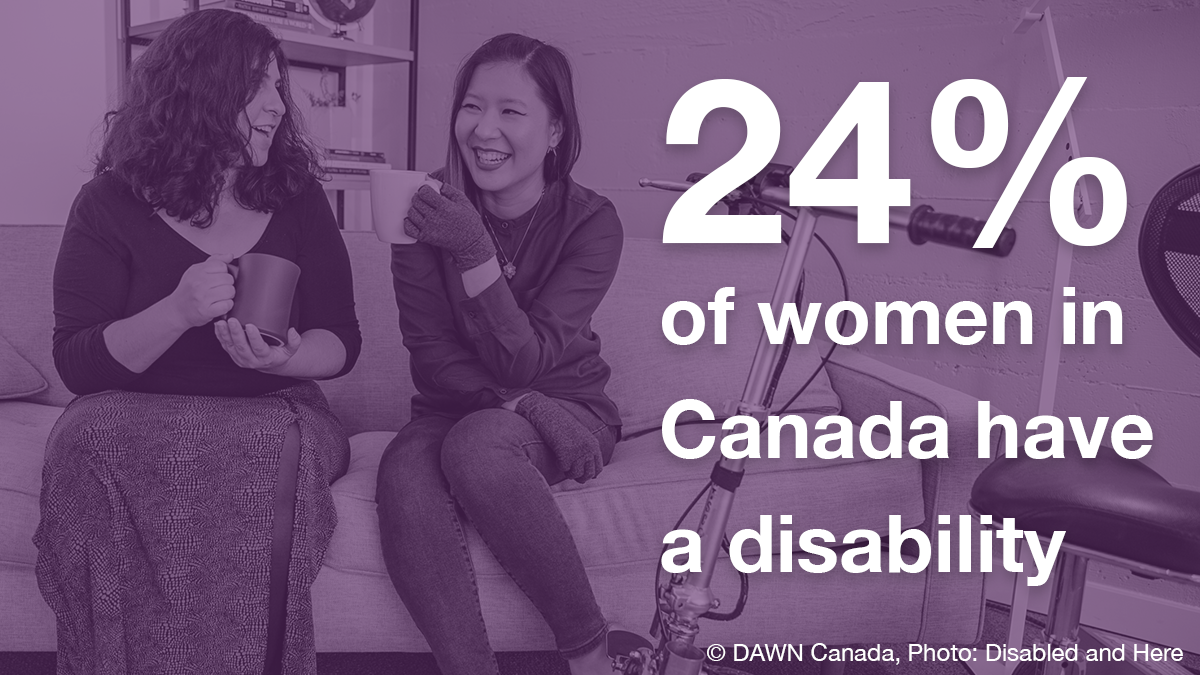 DAWN Canada is sharing important facts throughout the remaining days of the campaign.  Voters are engaged and platforms have been shared.  Take some time to review each party’s platform, or watch a debate.  Make sure what you see is what you get and that promises are budgeted and independently reviewed or better still, costed by the Parliamentary Budget Office.  ACT ON THE FACTS

We are leading with data from Statistics Canada; 24% of women in Canada live with a disability.  Let’s start there.  Since 2016 we’ve seen an important commitment to the Federal GBA+ policy lens and more accurate dis-aggregated data about who lives in Canada. The most recent Census and changes at Statistics Canada and across Federal Departments and Agencies are beginning to impact policies, programs and SOME services.  The Accessible Canada Act is now being implemented and resources to see it’s full application are also beginning to appear in Federal budgets.  ACT ON THE FACTS

Canada has finally made a commitment to a National Action Plan to End Gender Based Violence - a ten year plan in keeping with Canada’s commitments through United Nations human rights treaties.  Nearly 70% of women with mental health and/or cognitive disabilities report experiencing Interpersonal Violence (IPV) since the age of 15, for women without disabilities this is significantly lower (37%). Women, girls and non-binary people with disabilities, particularly Indigenous and Black folks experience the highest rates of gender based violence, victimization and subsequent criminalization in Canada. Over 40% of homeless women have a traumatic brain injury which they had before they became homeless.  ACT ON THE FACTS

This federal election is the first since the Pandemic and revealed how deeply entrenched systemic ableism is in Canada.  We can go back as far as the data goes and look at human rights in Canada and it paints the same grim picture we have seen through the lens of COVID19.  More than 50% of human rights complaints at the Federal, Provincial, and Territorial levels have been disability related since 2016, which has been exacerbated during Covid-19.  OR we can look at how difficult things already were before the Pandemic 62% of food banks clients reported having a disability or serious illness in 2018 AND it becomes pretty clear that the root causes are linked to system ableism.  ACT ON THE FACTS

An educated and informed public and government is what women with disabilities urgently need as the first step in addressing the systemic discrimination that so many of us are experiencing in so many ways.   Whether they are the micro-aggressions that happen in our lives each day, where we live, or the lack of accessible and affordable housing, transportation, schools, day cares, or health and reproductive health services, or being left out of the job market, out of a social activity or sports or not ever being ‘picked’ we are tired of waiting.  ACT ON THE FACTS and make sure your vote supports the 24%.  We are counting on you!