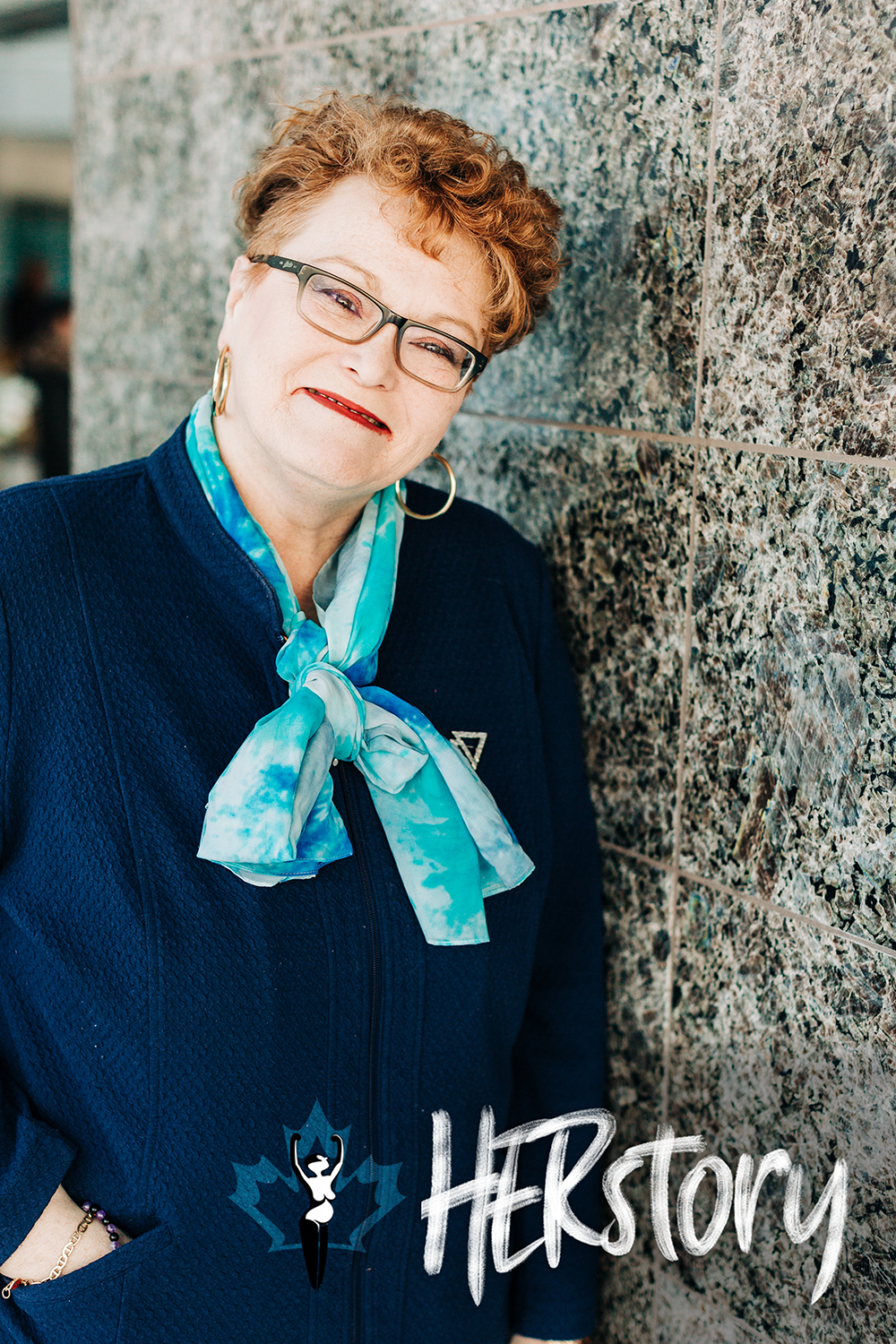 Kathy Hawkins is the Manager of InclusionNL: Employer Support Services. As Manager, Kathy provide supports and services to employers interested in creating more inclusive workplace environments for current and new employees with multiple types of disabilities. Kathy is currently the President of the DisAbled Women’s Network of Canada, sits on the Board of the NL Association of the Deaf, and is an active member of the International Association of Accessibility Professionals.

In the following interview, we asked Kathy Hawkins to reflect on her time with DAWN Canada and to share with us some moments that stood out. This interview will be the first in a series of six. Click here to read all the posts in the HERstory series.

What attracted you to feminism and disability activism?

My introduction to feminism and disability activism began in the late 1980’s when I was aware of gaps women with disabilities experienced within the broader women’s movement in Canada. I remember when representatives from NL attended the initial gather of DAWN Canada in 1985 and remember helping them prepare for their representation by working on a presentation about women with disabilities in NL. Gathering information about human rights issues and barriers women were experiencing in our province during the time.

How has your involvement with DAWN evolved over the years?

I have learned and have grown significantly because of my involvement with DAWN Canada. My first connections were in the late 1980s when I represented NL at the organization’s second gathering/first conference they hosted in Vancouver.

Throughout the years, my involvement grew when I was a part of a volunteer committee that put together an organization funding proposal that we submitted to the Government of Canada for the organization to receive their first organizational funding agreement.

In the late 1990s, I accepted the position to be the first National Coordinator of DAWN Canada and was in this capacity until 2003. During these years our focus was on providing supports and services to women with disabilities across the country and continued to conduct and provide research on issues facing women with disabilities in Canada using the expertise of the organization’s founders and researchers. Board representatives ensured the research recommendations were brought forward to federal government departments for consideration and action as well as provide avenues to continue to receive research funding for the organization to sustain itself in those early years. It was also during these years then we began navigating DAWN Canada’s position with other national disability organizations in Canada.

I returned to DAWN Canada as a volunteer a few years ago while coordinating provincial roundtable for one of the organization’s national initiatives then joined the Board as Director in 2017 – 2018 and became President in 2019.

What was one of the biggest challenges that you faced in your time with DAWN? How did you overcome that challenge?

Is there an achievement or contribution that you are most proud of?

The most significant/proudest moments for me with DAWN Canada were connected to our work and involvement in organizing the Canadian World March of Women in October 2000. Over five hundred women with disabilities joined thousands of our feminist sisters on Parliament Hill to participate in this global day of action and activism for women’s equality. Up to that time, it was the largest representation of women with disabilities at an organized event in Canada.

Is there a particular moment or memory that stands out for you? 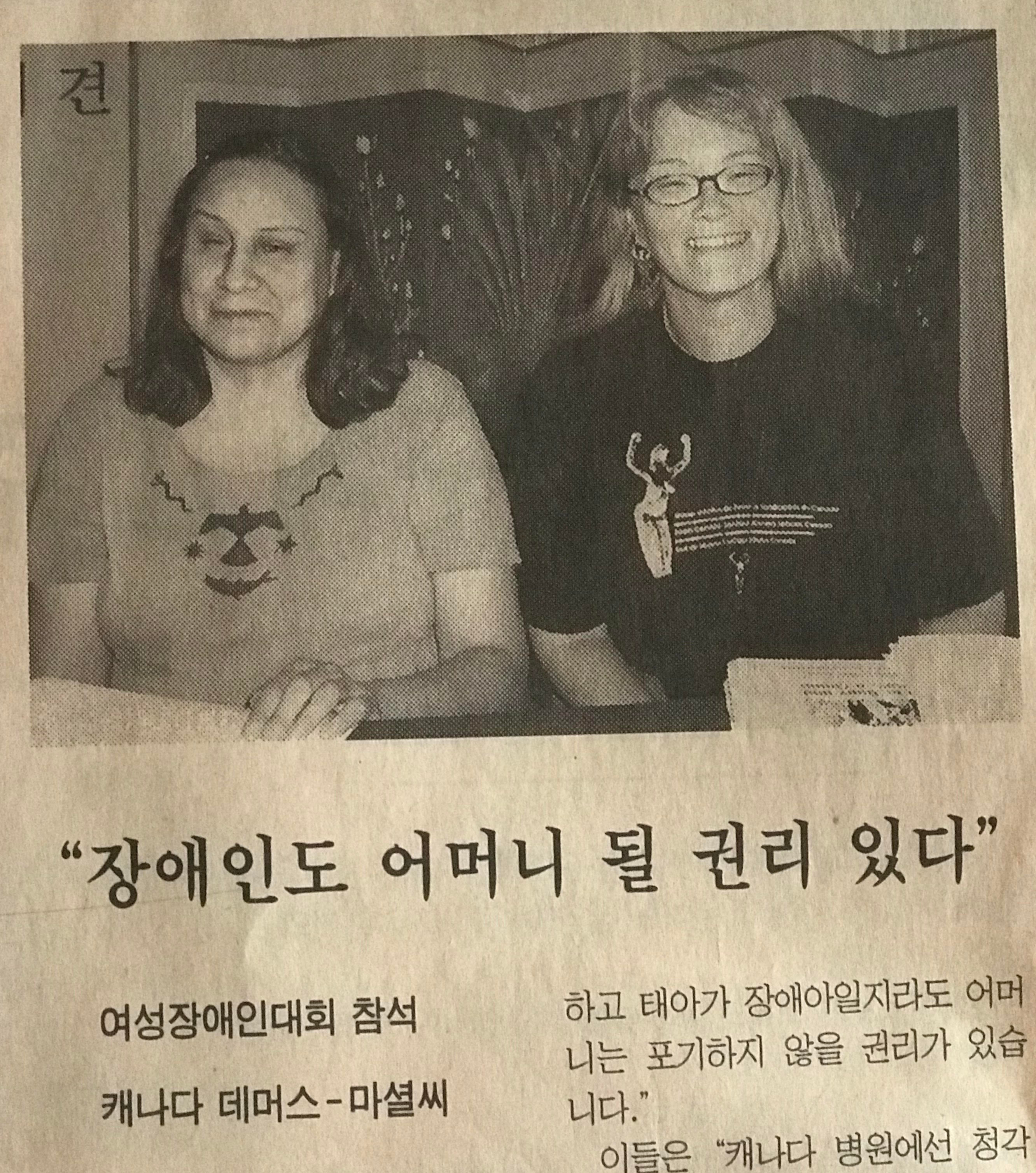 An additional moment that was impactful for me happened just a few months ago with the recognition of DAWN Canada’s 35 years of service and the launch of DAWN’s work on the year of reflections. The conversations and dialogues we will be having will continue to move DAWN well beyond our current development and build a stage for our work within an international platform while continuing to be grounded in the four pillars of the organization; Research, Education, Policy, & Advocacy.

In the early days of DAWN Canada, when I was one of a small group of women involved in writing the original proposal for organization funding for DAWN Canada, I never envisioned the long standing impact this organization would have on my life and on the lives of so many other women and girls with disabilities in Canada. This would not have happened without the many years of commitment and leadership from our National Executive Director, Bonnie Brayton and our previous President of many years, Carmela Hutchison. The commitments both of these women have given to this organization are the reasons why DAWN Canada continues to thrive today.

HERstory is a retrospective on DAWN Canada’s feminist disability activism
In 1985, seventeen women from across Canada met to discuss disability rights issues from women's perspectives. From that meeting, DAWN Canada was founded. In the 35 years that followed, DAWN Canada engaged in activist work that later became the foundation for our four-pillar approach: research, education, policy, and advocacy. To mark our 35th year in service and in hope, we will be highlighting six moments in DAWN Canada’s history including publications from our archives, landmark Supreme Court cases in which we participated, and other pieces of our story. We will also be interviewing six women connected to DAWN Canada's history and sharing their stories and reflections. Click here to read all the posts in the HERstory project.