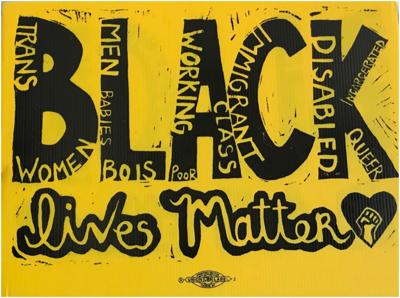 DAWN Canada is committed to solidarity with the fight against systemic black racism, white supremacy, and the ongoing oppression of Black communities. Our hearts break for the loved ones of George Floyd, Regis Korchinski-Paquet, Breonna Taylor, Tony McDade and all victims of police killings.

Statistically, we know that Black folks with disabilities are the most at risk populations when it comes to the racist police arresting, hurting or killing/murdering them. Black folks including those who live with mental illness, are Deaf, or neurodiverse/autistic, should NEVER have to live in fear for their lives. Far from being a problem that is reserved for the United States, police brutality toward Black people is also very real in Canada. Let us remember Pierre Coriolan, a Black man who was dealing with a mental health crisis and was shot dead by the SPVM (Service de Police de la Ville de Montréal). Or Chevranna Abdi, a young Black trans woman who died in police custody in very suspect circumstances. A neighbour called Hamilton police because Abdi was said to be yelling and acting strangely towards others in her building. It is utterly unacceptable that so many Black disabled people are murdered at the hands of racist and ableist police. Their lives matter too. And we will keep saying their names. 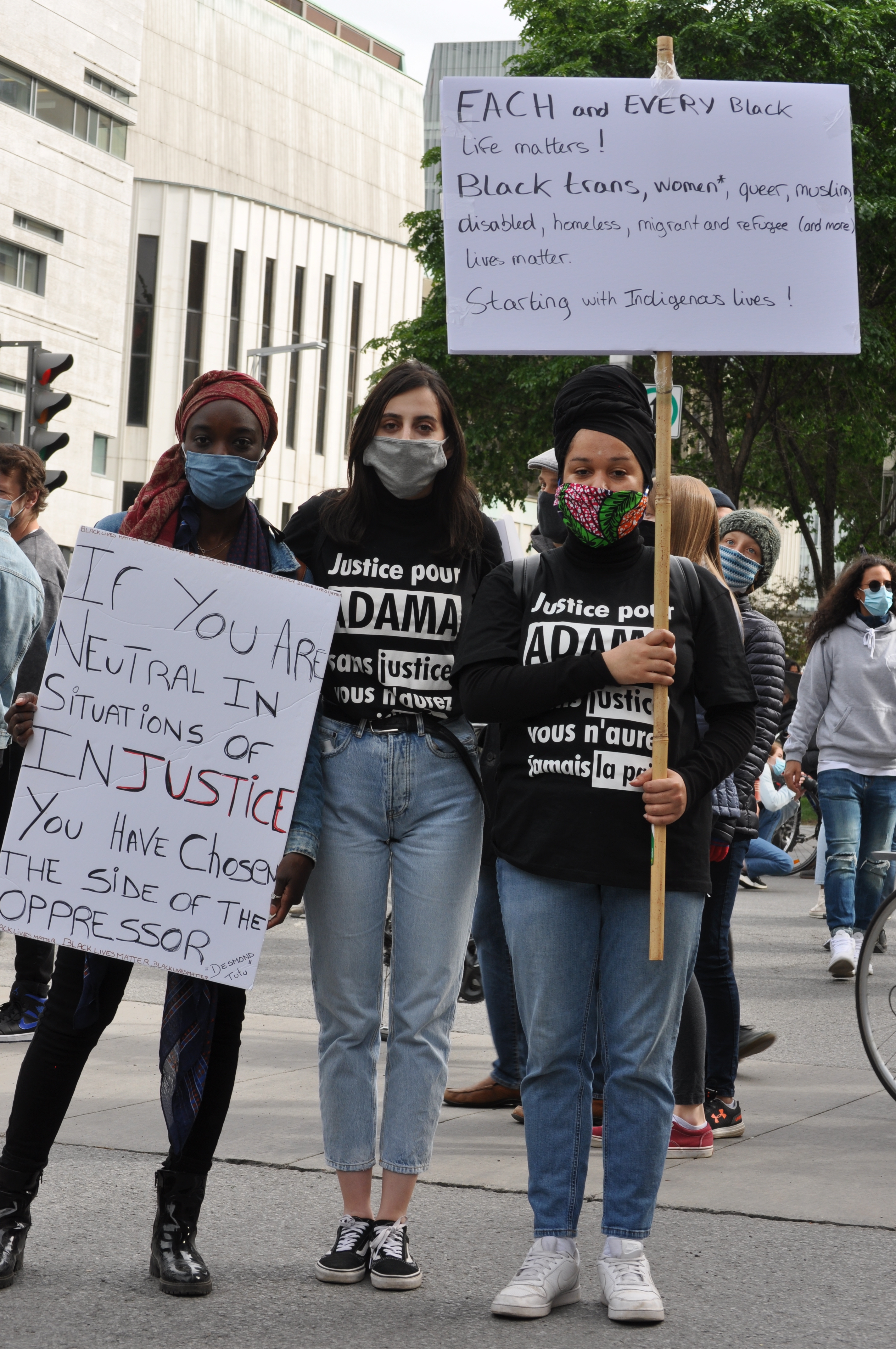 Let us also remember that when Black folks face police violence, they also risk becoming disabled. Take the example of Majiza Philip, a young Black woman, who was violently pushed face down into a patrol car by an SPVM officer after she tried to simply communicate with her friend, who had been arrested, that she had his coat. During this violent incident, not only did the officer break her arm, but the SPVM also charged her with six criminal charges which included obstruction of justice, assaulting two police officers and resisting arrest.

Silence is not an option and action is required. Below you will find resources for taking action.

If you feel like you can’t speak up because you don’t know enough about this subject, take some time to educate yourself. Below is a list of links to help you learn more. Help to educate others in your life by sharing these resources to your social media networks.

Policing Black Lives: State Violence in Canada from Slavery to the Present by Robyn Maynard, The End of Policing by Alex S. Vitale

Beyond Survival: Strategies and Stories from the Transformative Justice Movement by Ejeris Dixon and Leah Lakshmi Piepzna-samarasinha

Defunding The Police Will Save Black and Indigenous Lives in Canada

#BlackDisabledLivesMatter: Why we need to talk about both race and disability when addressing police brutality.

Leroy's Suggestions on Police Brutality Against People with Disabilities Beyond Training.....

The Skin We’re In: Pulling back the curtain on racism in Canada

Write a letter to your MP

Montreal: Call to defund the SPVM

Donate to Justice for Regis

how to financially help BLM with NO MONEY/leaving your house